Skip to content
Can a video game teach us about learning?

Can a Video Game Teach Us about Learning?

The mere mention of video games generally provokes a very quick reaction from parents and teachers alike – they are a non-educational waste of time, distracting learners from more “wholesome” activities like “studying hard”!

In the school setting, video games are a no go. As soon as a student takes out a smartphone or some other bizarre gadget to play with, two things will happen almost simultaneously – you get a throng of other students surrounding the player and a dissident adult voice intoning the proverbial “put that thing away now!” Images of children “lost” to their electronic devices contribute to the general disapproval that meets video games in the educational setting.

Yet there is another side to the coin which is unfortunately very often ignored.

The debate about the educational value of video games is not new. Although gamification, or the use of game elements for assessment purposes has been recognised and further developed in the past decade, video games as such are usually not regarded as having educational value.

Yet, researchers like James Paul Gee and Henry Jenkins have long reflected on the educational possibilities that video games offer and how schools could actually benefit by paying more attention to them in general and by focusing on specific aspects that could help improve the school experience. At a most basic level, being more open to the whole idea of video games could make a huge difference.

A supportive teacher will listen to students talk about their favourite video game rather than categorically ignore, or even worse, prohibit such discourse. An open-minded teacher might even use video games as a stimulus to actively engage students, leading to pertinent topics and issues that may not be immediately evident and engaging for the learners without the video game.

Some games are so elaborately advanced that they can serve as a launching pad for a myriad of educational experiences ranging from seemingly straightforward issues like gender stereotyping and how male and female characters are portrayed in video games to more advanced issues like alternative narrative possibilities and awareness about the way in which we learn.

There are video games and video games. Some are the equivalent to 50 Shades of Grey and others are akin to The Little Prince. The latter will push the player to think, reflect, understand, not straightaway, but through a process of discovery, observation and deduction. And with understanding comes a different way of knowing, of seeing.

Jonathan Blow’s games do just that: they challenge the stereotype of the video game as a useless waste of time that nurtures violence. They take players to a deeper level of meaning and understanding. They provide incredibly intricate learning experiences that invoke the players to change their perspective and to reflect on their own learning process.

There is a dreamlike, almost magical feeling to the game entitled Braid, but the more observant player will almost immediately notice that there is something that is not quite right. The game starts with a classic select level screen, which is in flames (literally), and the contrived world is dark and desperate. There is no first level – everything starts from the second one. Something just does not figure. The player must, somehow, rebuild his memory to save the damsel in distress, of course. But Blow goes beyond the classical theme. He is after something more profound and mature. In a final twist, at the end, the player realises that the damsel in distress did not want rescuing after all and that she had actually run away from the player as their relationship had become toxic. Beautifully done and a masterful blow to the player’s ego! 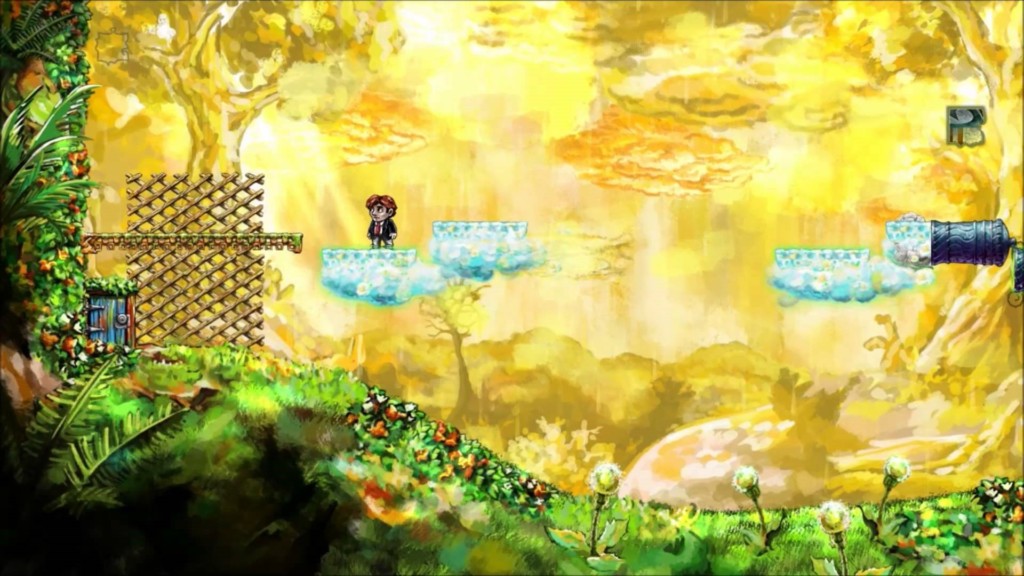 Then there is another video game called The Witness. What is so extraordinary about this game? There is no apparent plot to it. You (the player) wake up, alone, gaining awareness of a hauntingly beautiful island with natural and man-made structures. You don’t know why you are there, nor what you should do. The game quickly reveals itself for what it is – a riddle riddled with riddles. The rules are simple. You have to explore the island and somehow solve the over 500 puzzles scattered all over. Sounds simple enough. But, as you explore the inner recesses of the island, the puzzles become trickier and harder. There is no specific order which you need to follow, but you have to determine the rules for each puzzle based on visual clues scattered around the island, including an excerpt from an old BBC programme first aired in 1978 called Connections. James Burke, the presenter, claims that the scientists and technologists who understand the fundamentals of nature are the “true driving force of humanity.” And he maintains that you can have that power, too. You don’t have to wait for someone to come around and give it to you. Instead, you have the capability to start asking questions and making discoveries for yourself.

The game takes on a whole new meaning. In its complexity with what seem to be almost superfluous hurdles, it becomes a personal challenge and a reflection of the ideal learning process: observing, deducing, understanding, problem-solving… And at the end of the game, when you have managed to solve all the puzzles, you realise something that is quite extraordinary in its simplicity:  the solution to each puzzle has always been there…

The game becomes a personal challenge and a reflection of the ideal learning process: observing, deducing, understanding, problem-solving…

A teacher may not have the luxury to spend hours playing video games with students but the open-minded educator will challenge the learners to go beyond the obvious and reflect on the different layers of meaning and understanding.

In so doing, a video game becomes an alternative opportunity for meta-cognition and an apparently simple puzzle becomes the launching pad for a discussion on the very concept of learning.

Exploring video games only takes a little effort and by using them in different ways in the teaching-learning process at least occasionally, educators also nurture self-reflection, problem-solving and critical thinking as an additional benefit to playing games and having fun.

We invite you to join L2C!

By becoming a member you will benefit in many ways: