Skip to content
An Imaginary Journey around the World

An Imaginary Journey around the World

As teachers we live from lesson plan to lesson plan and from one report deadline to the next report deadline. But there are moments that make us stop. And reflect. For me one such moment – or rather, episode – was a mini-project that I set up for my highly diverse group of immigrant students: a guided imagery meditation.

Within this specific programme – an intensive Dutch course for students aged 12-18, supplemented with other subjects, such as English – my English teacher colleagues and I have the privilege of designing our own curriculum. We chose to work with units centered around the school’s core values, among them Open-mindedness.

As the main focus of the Open-mindedness unit, we decided to let our students conduct a cultural interview with a peer, and write it up as a magazine article. In order to prepare our students for asking relevant questions, we first wanted them to reflect on their own culture(s). But then again, to enable them to reflect on their own culture(s), we had to help them contrast their culture(s) with another culture. Here, Dutch culture lent itself naturally. And then we faced the real challenge: how to compare and contrast cultures without slipping into stereotyping? Well, by using guided imagery meditations, as it turns out!

You might wonder: What is a guided imagery meditation and how could it serve our purpose? Simply put, a guided imagery is a form of meditation, during which people listen to a script that guides them through an imagined landscape step by step, typically a beach or a forest. As meditations in general, guided imagery helps people connect with their breath and hence has a soothing effect. For my project there was a big added value: a guided imagery has the potential to transfer you to any corner of the world and let you experience it like a local. In short: you get a free trip around the world by local guides with the fringe benefit of calm students. I was sold.

So what I did was look up a guided imagery meditation, and changed it so it started with a general relaxation:

Get comfortable, sitting on a chair or on the floor. Relax your body by releasing any areas of tension. Allow your arms to go limp… then your legs….Feel your arms and legs becoming loose and relaxed…, etc.

but then continued by describing places in Amsterdam and asking my students to imagine what sights/smells/sounds/tastes/senses of touch they could discern:

The waves are gently rolling the boat and you doze off. When you wake up, your boat is in the city centre on one of the main canals. You open your eyes wide. What do you see? What do you notice? What colours dominate the picture?

What sounds can you hear? Which sounds are dominant and which are more difficult to detect? Try to notice them all… 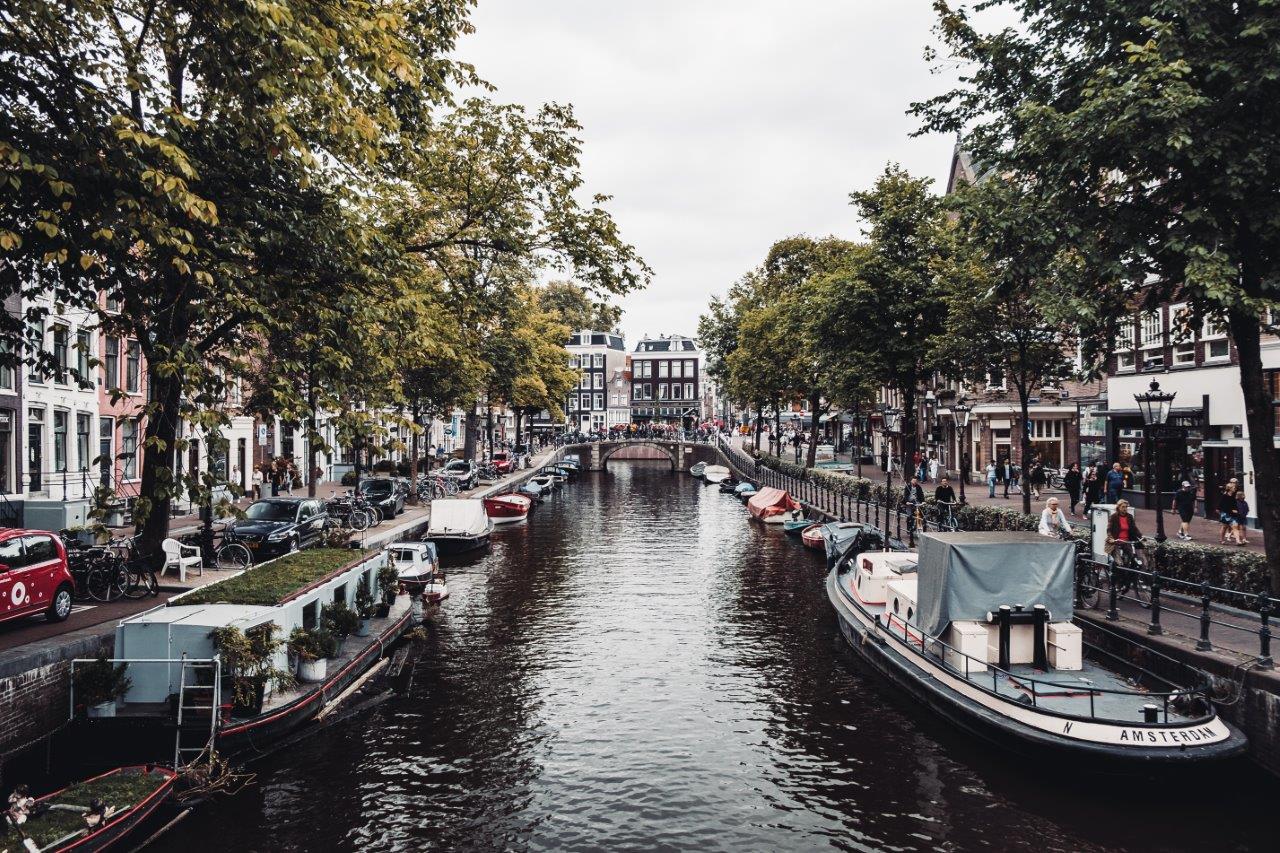 I was a little nervous when I introduced this meditation to my students, thinking I might bump into resistance. Therefore, I started the lesson by explaining that we would be doing something rather out-of-the box that lesson and that I’m counting on my students’ cooperation (Here some students rolled their eyes, as in “Not again!”) However, when I explained that we were about to meditate, one of these students, from India, exclaimed: “Oh, that’s all?” and he visibly relaxed. He was one of the first to join me on the floor, followed by a Ghanese student. Some – mostly European – students took longer to warm up to the idea, but eventually everyone sat in a circle, either on the floor or on a chair and closed their eyes.

I explained that I will be asking questions but that they should only imagine the answers, not say them out loud. Then I started the meditation, and after the general relaxation part, walked my students through the guided imagery and into the heart of Amsterdam. I finished by bringing them gently back to the moment. When I asked my students to open their eyes, they all looked calm and relaxed with soft gazes. A French student commented with surprise in his eyes that he was able to imagine every little detail from the script, and another student added that she wasn’t tired any more.

This positive effect alone made it worth the time and effort, but we had much more to learn from this experience. We collected the students’ answers about the 5 senses using Think-Pair-Share, with the ‘Think’ part already having taken place during the guided imagery. I noticed that several of my introvert students spoke up voluntarily, probably as a result of the inward-turning nature of meditation. Together, we ended up compiling quite a complex picture of Amsterdam that definitely went beyond bikes and coffee shops.

Next, I explained to my students that their task was to write their own guided imagery about a familiar landscape from their hometown/a place where they had lived for a longer period of time. I provided them with a template, adapted from the online guided imagery script, to offer a framework, and added a vocabulary list to support the language use. They seemed excited about the idea, and started scribbling away happily – or rather, tapping away, as we largely work digitally. The result was just what I’d been hoping for, too: from bustling “souks” in Damascus to frozen lakes in Chicago, we travelled the world, one student’s hometown at a time.