Victoria is a teacher of english language in Colegiul National Pedagogic Mircea Scarlat, Alexandria, Romania. She is also an ambassador for the Teachers 4 Europe network, an Erasmus+ program.

Within her participation, Victoria piloted an activity with her students, taken from the Handbook for Teachers – Teaching European Values, 7.2.2 – Do not trust everything!, p.70

Her students were 24 18-year olds who expressed themselves in English.

She divided the students in two groups. Each group received different information at the beginning, in the form of 2 images: 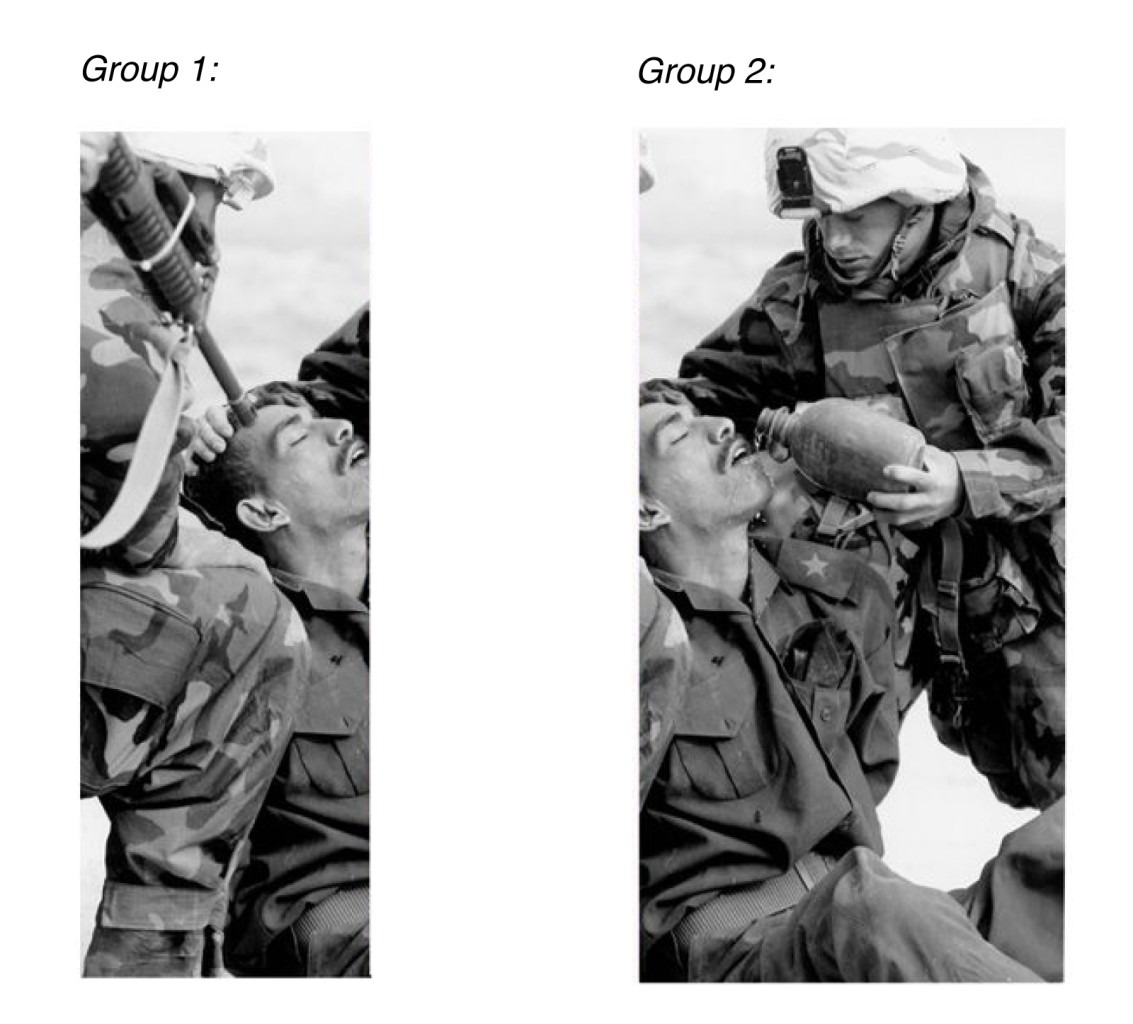 Here is Victoria’s narrative and the steps for conducting the activity:

Step 1. I started the activity by introducing the purpose of the handbook and provided input about EU values.I had also invited the principal of the school, so she needed to be given appropriate background information before launching into the activity.

Step 3. Then, I projected the whole image for the whole class to see. 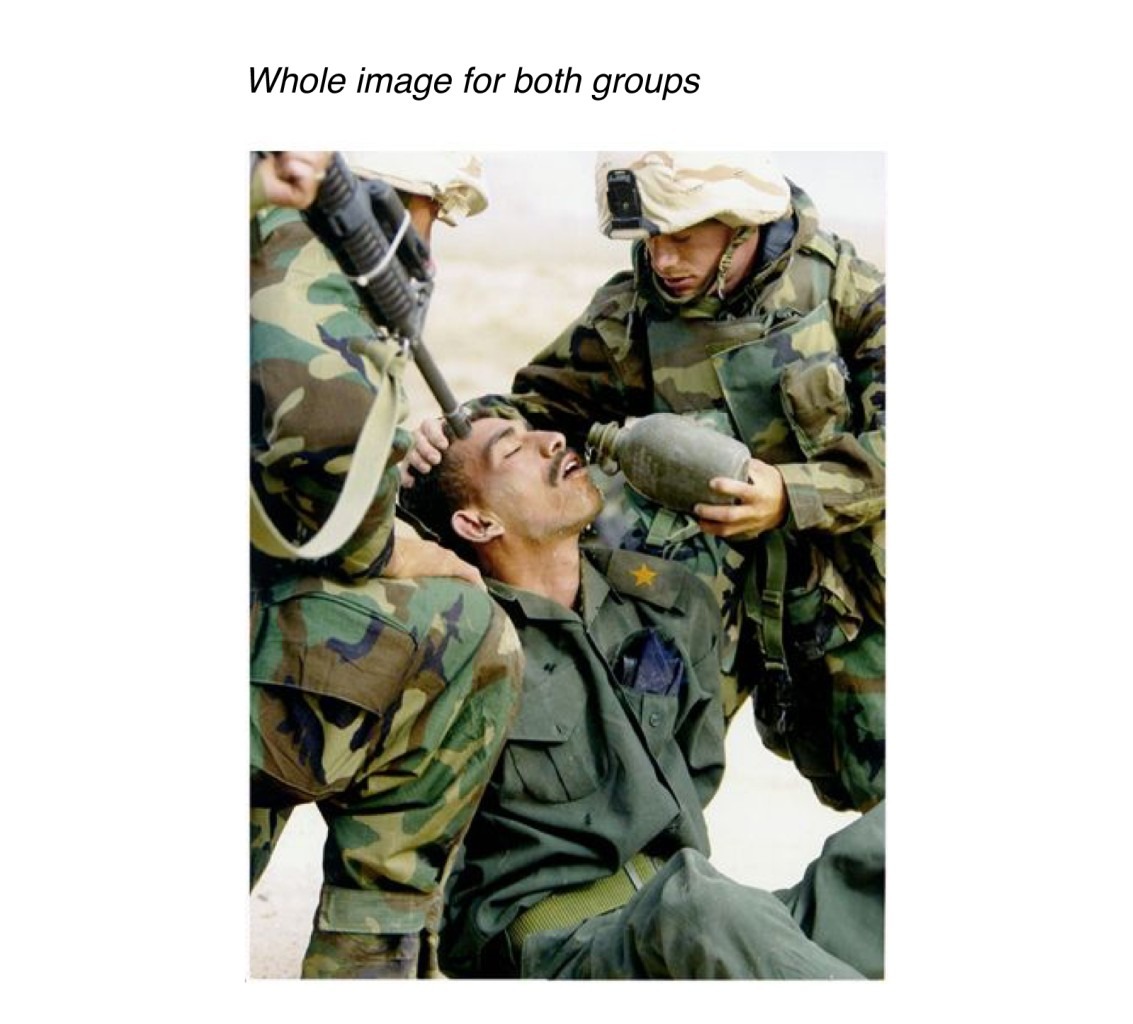 Step 4. Debriefing: After the aha moment, there was more interest and many ideas were expressed.Students came up with lots of arguments for and against, thus demonstrating their abilities in being persuasive. 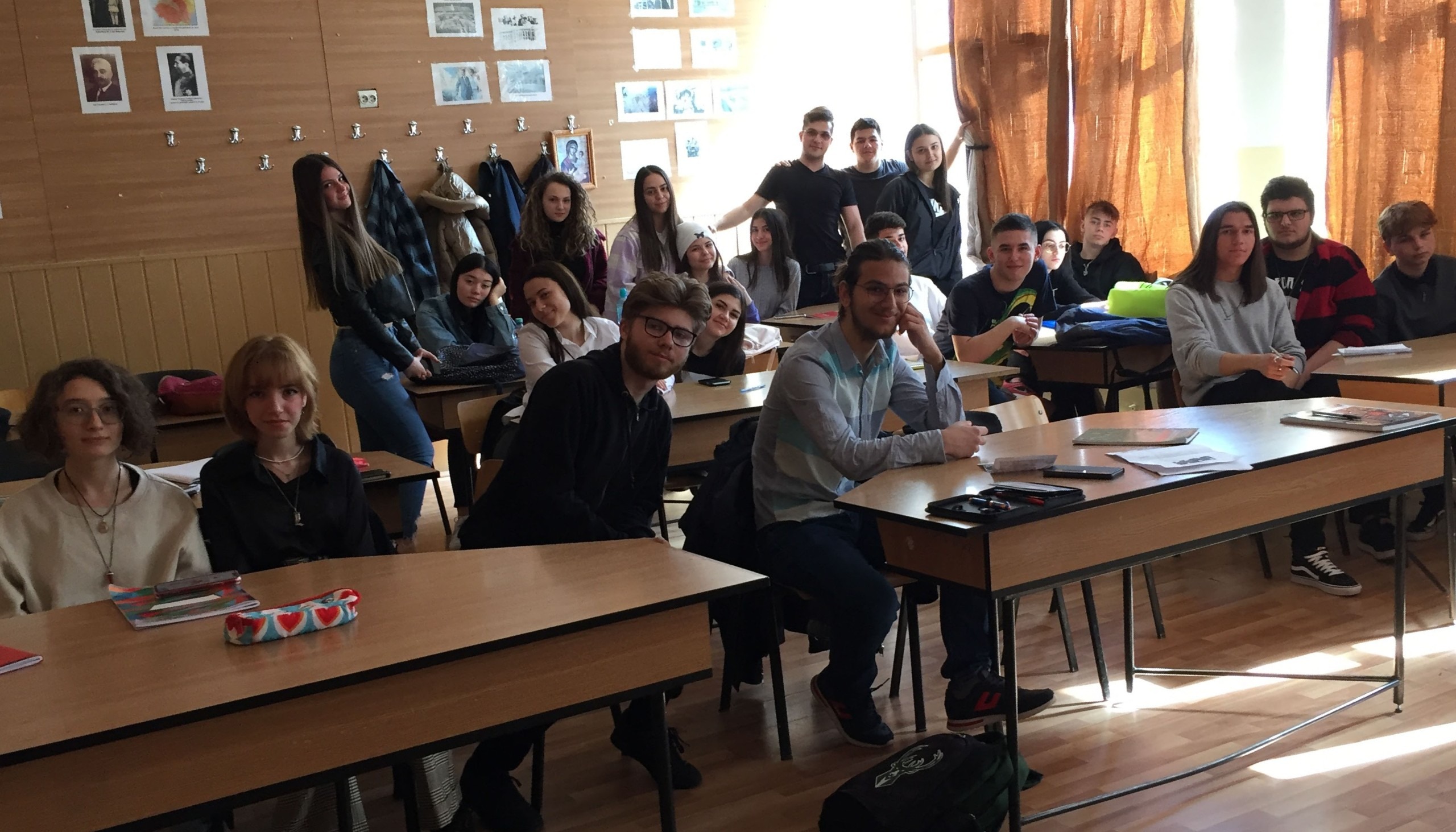 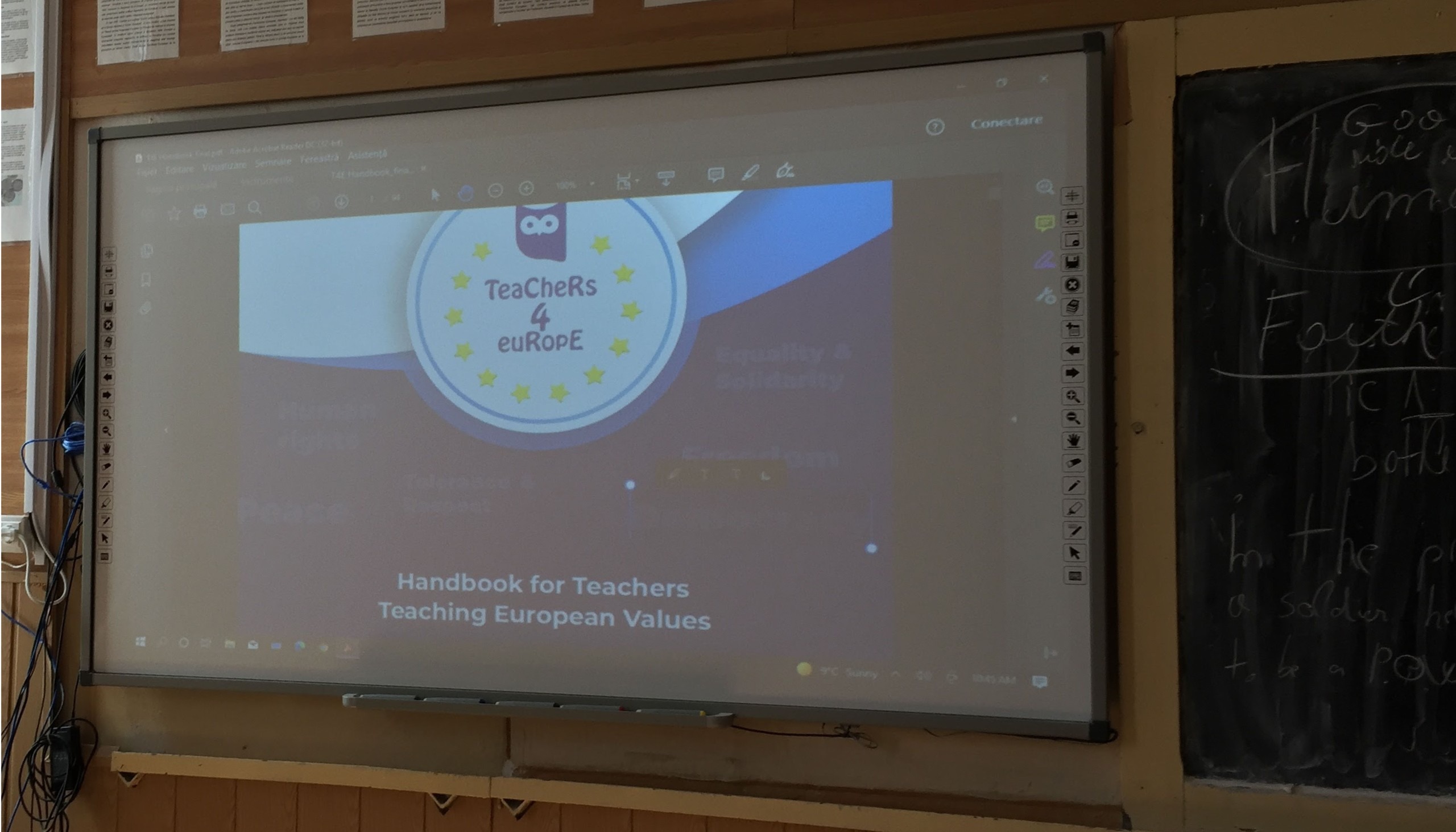 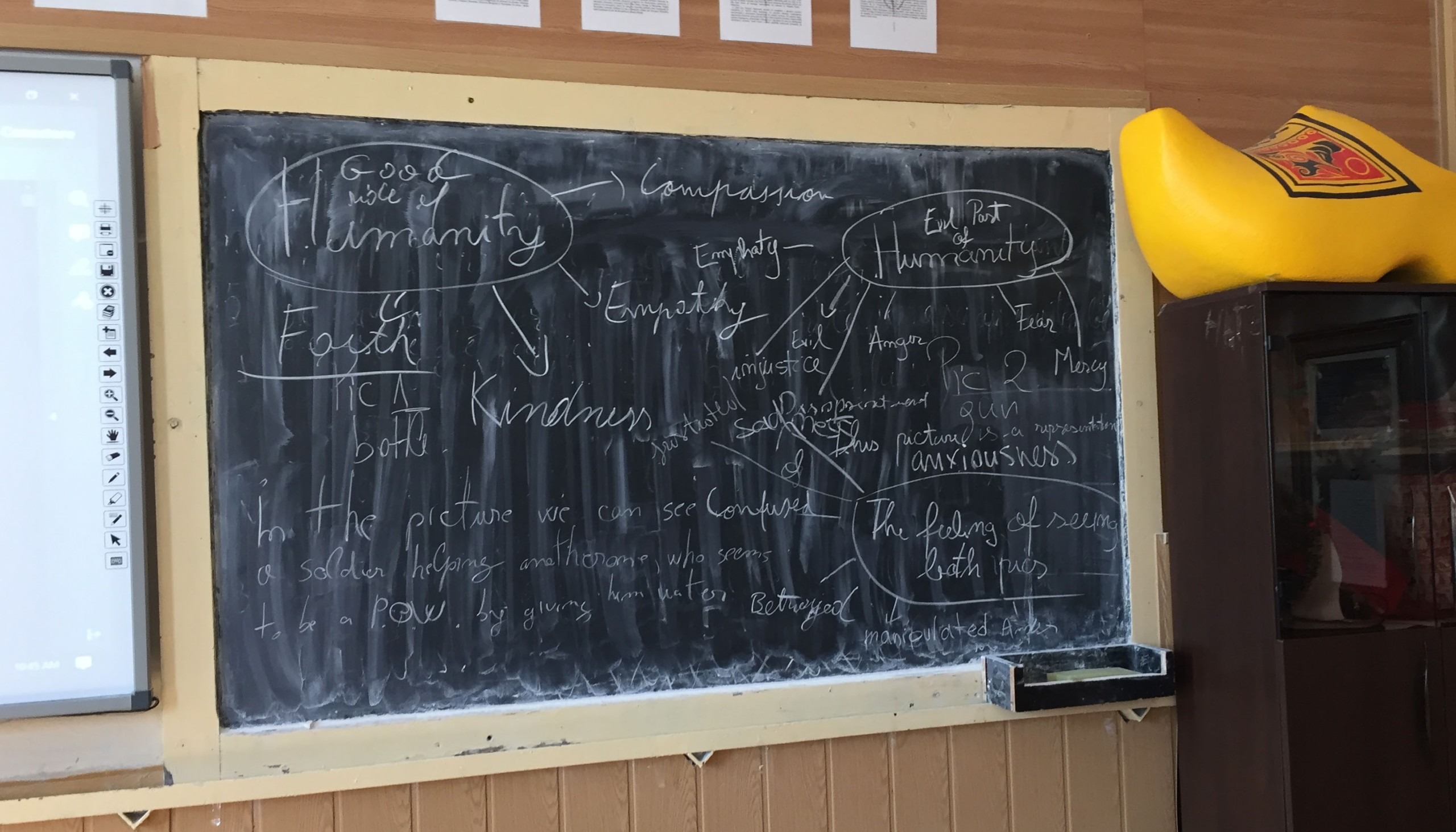 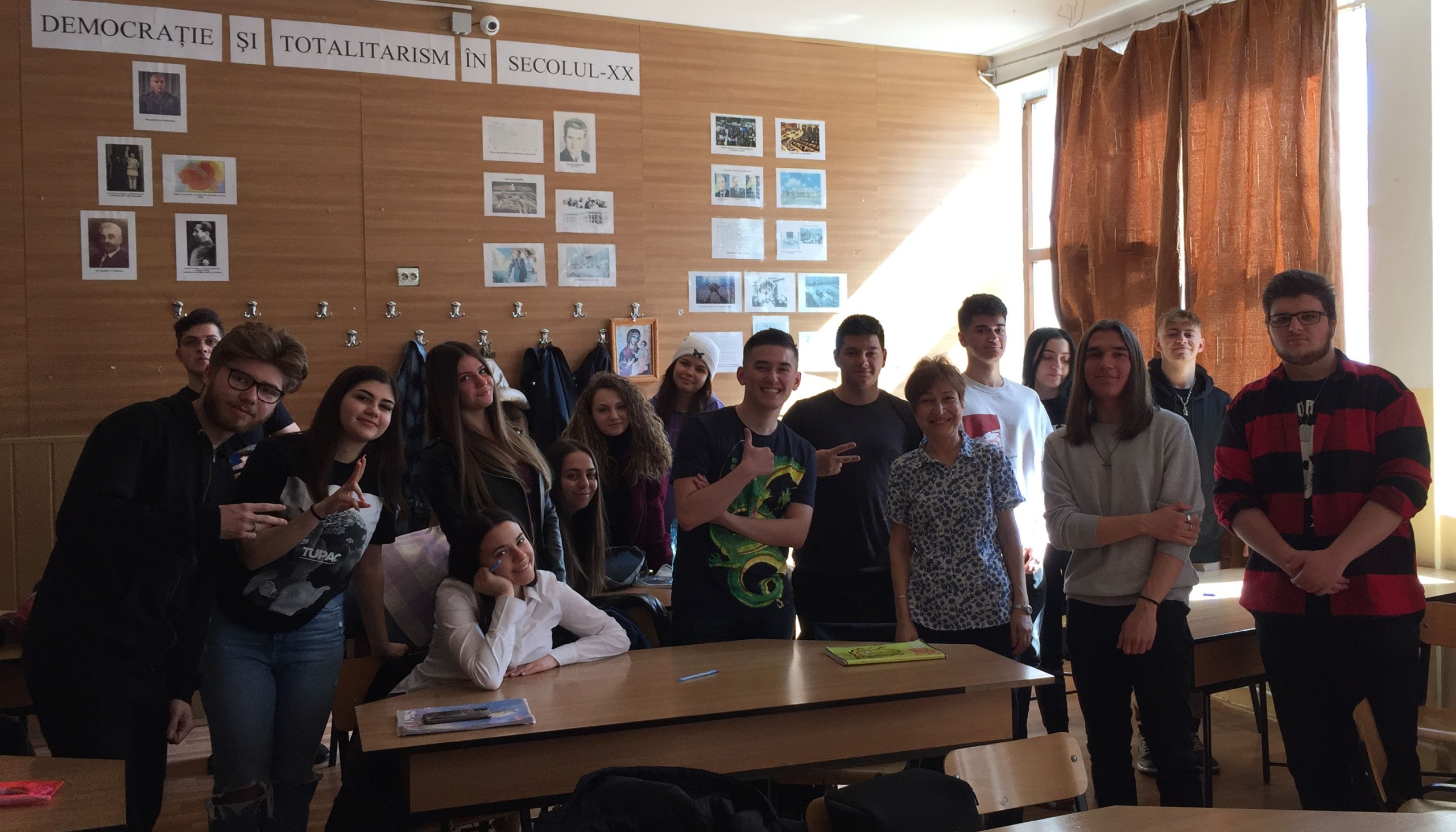 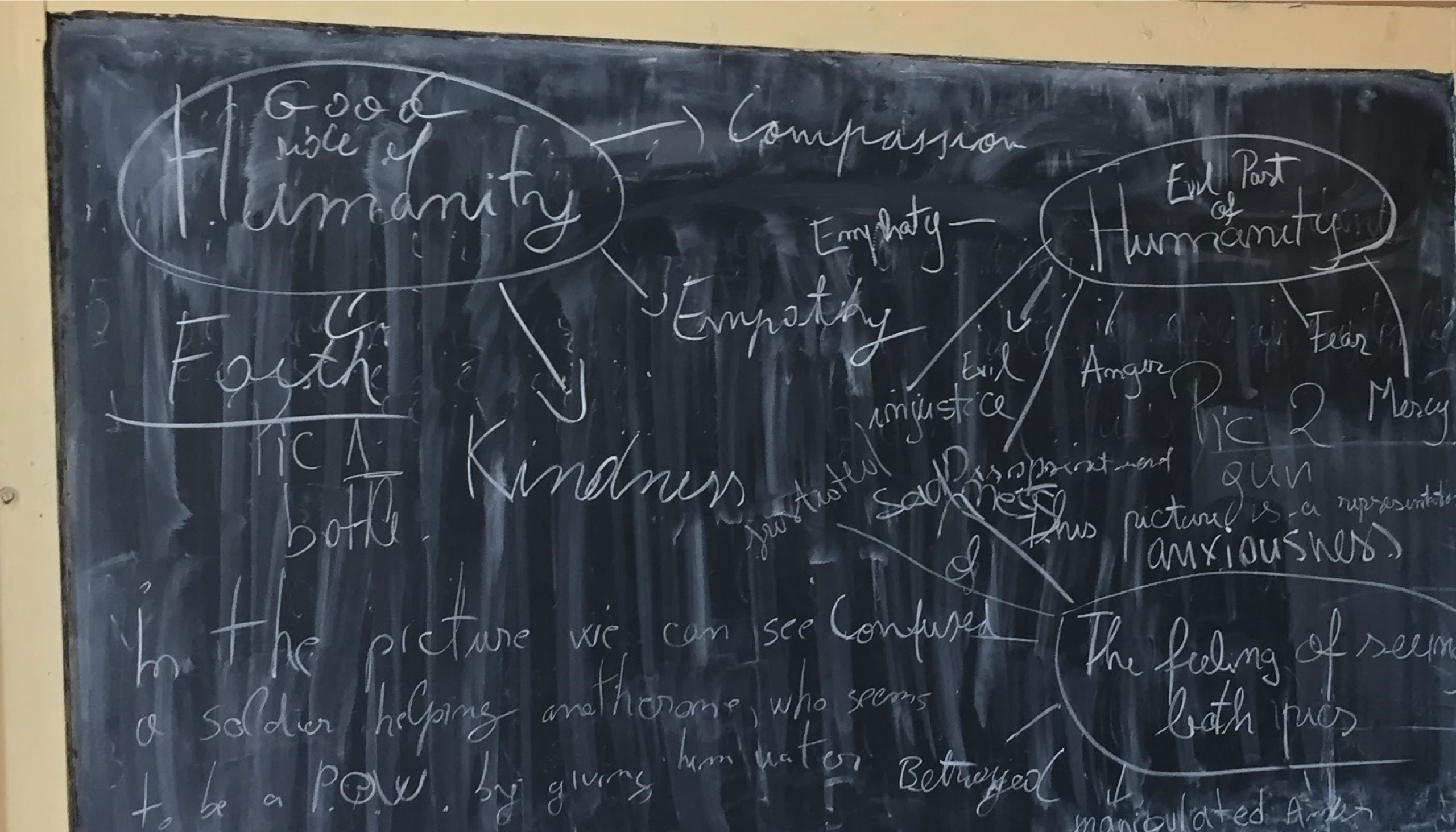 Victoria Daciu and her students during the class activity

Reflections on the experience

What surprised me was the fact that both pictures were not entirely presented by students as being positive or negative, but as showing the duality of the human being (good and evil, life and death). Real critical thinking was happening!

Much time was given for debriefing and reflection on the acquisition of new media literacy skills. Students were eagerly engaged in the activity, proving a good command of English and demonstrating that they can analyze, form personal critical analyses and argue for them.

I saw their enthusiasm and total engagement as the activity combined formal and non formal education; as a result, the atmosphere was relaxed and based on hands-on participation.

When the students were asked about how they had felt, the feedback was positive.

The principal of the school jokingly expressed her surprise:

“Students seem much better at formulating ideas about democracy than solving a Physics problem (she teaches Physics to the students who took part in the activity!).

Upon reflecting about what could have been improved when facilitating the activity, Victoria suggests that the activity should engage both teachers and students so as to get knowledge from both sides, look at intergenerational differences and similarities in feelings, assumptions etc.

Also it can help develop teachers’ interest and motivation to facilitate learning on the topic of democracy, human rights, and European values. 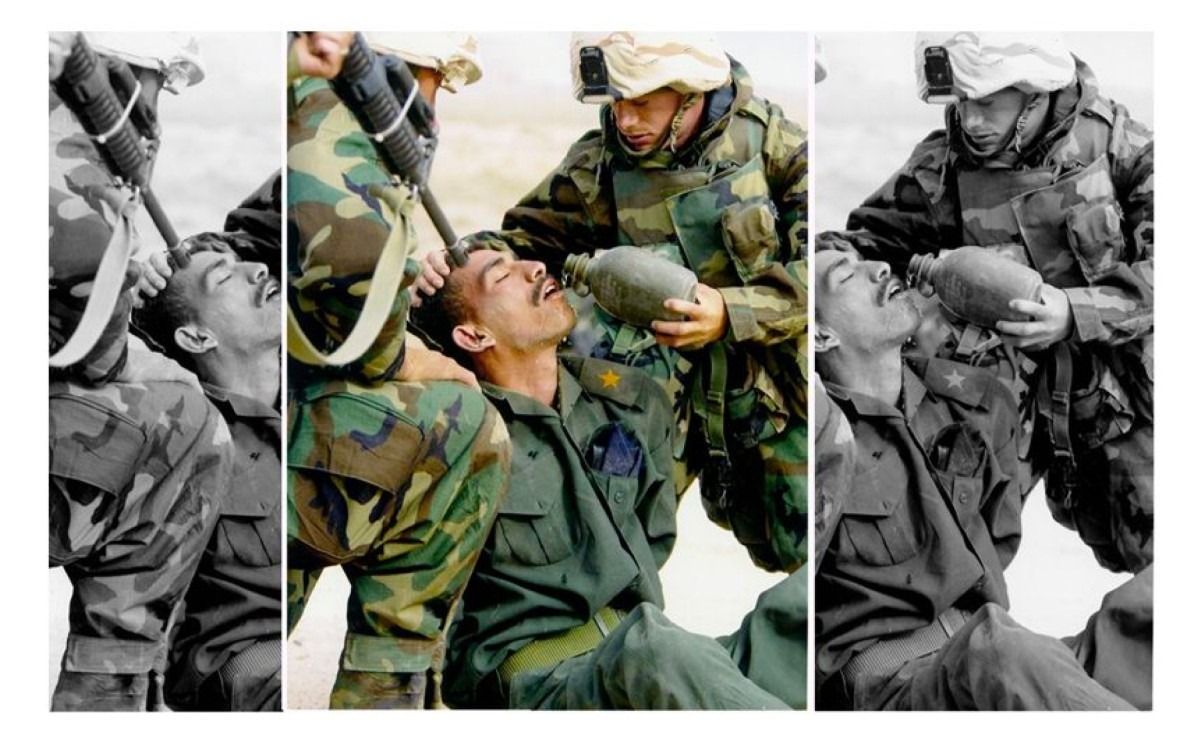 Iraqi soldier: The original color image in the center shows an Iraqi soldier surrounded by US soldiers during the Iraq war in 2003.

Artistic director Ursula Dahmen made the photomontage for the Tagesspiegel to demonstrate in juxtaposition how different sections of the image can changing the interpretation of a can affect the image. Again, this is image manipulation.